The imperial bath complex is on the right side of the Tirso river, near the area where once there was Forum Traiani city. It is made up of two buildings. The first building dates back to the 1st century A.D. and it was used for therapeutic purposes. Its water was provided from the hot spring, which still works and whose temperature is 54°. This building was originally built through the employment of blocks of trachyte (opus quadratum); however, during the centuries, it has been modified.

The main structure is the natatio, a rectangular pool, once covered by a barrel vault in whose southern area contains a portico. It is surrounded by other tanks and historical buildings, such as the Ninfeo (it contains an inscription dedicated to the nymphs, female deities associated with water). The second building (3rd century A.D.), linked to the first one through a staircase, was built through the employment of the opus vittatum mixtum construction technique.

Here people could take care of their bodies. It was artificially heated, with different facilities with a wide range of temperatures, so that the body could benefit from the change of hot and cold. These facilities were called frigidarium, tepidarium and calidarium.

Through this you can access to a large lot, surrounded by other facilities called tabernae (refreshing places) with a frescoed room. On the top of this complex, you can see wells and cisterns supplied by the Roman aqueduct, which provided water to the facilities.

Video of the Ancient Roman Baths of Fordongianus 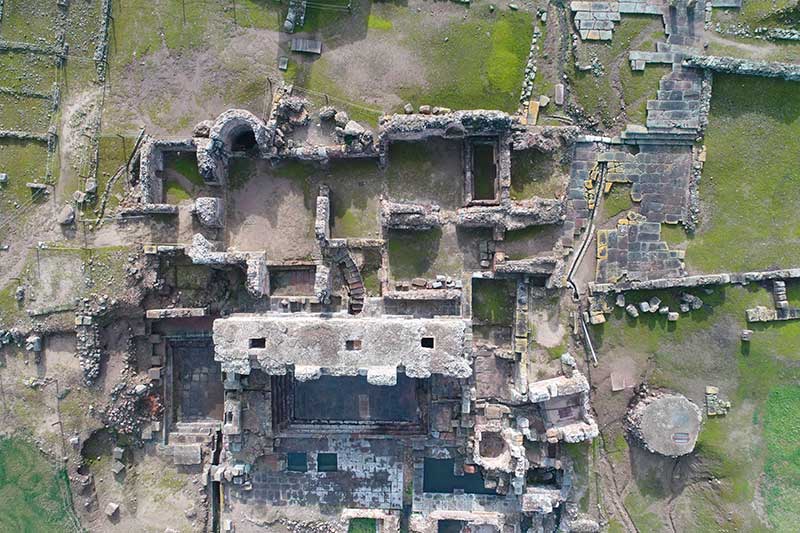 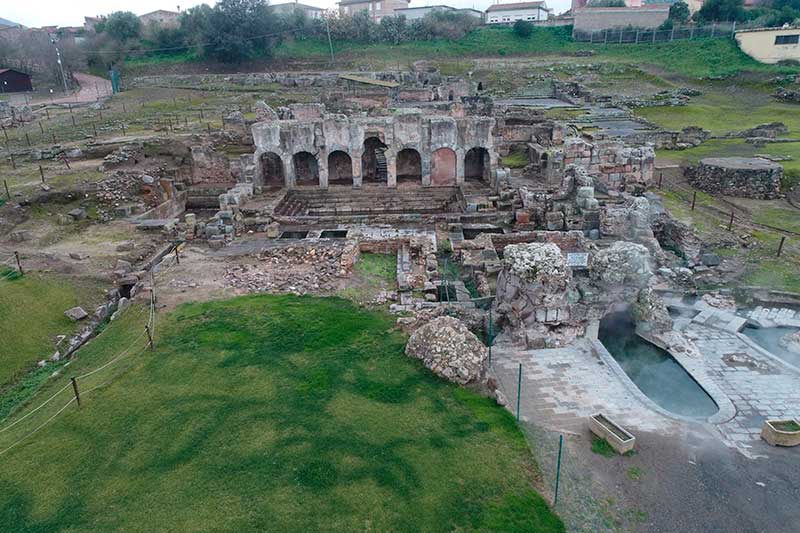 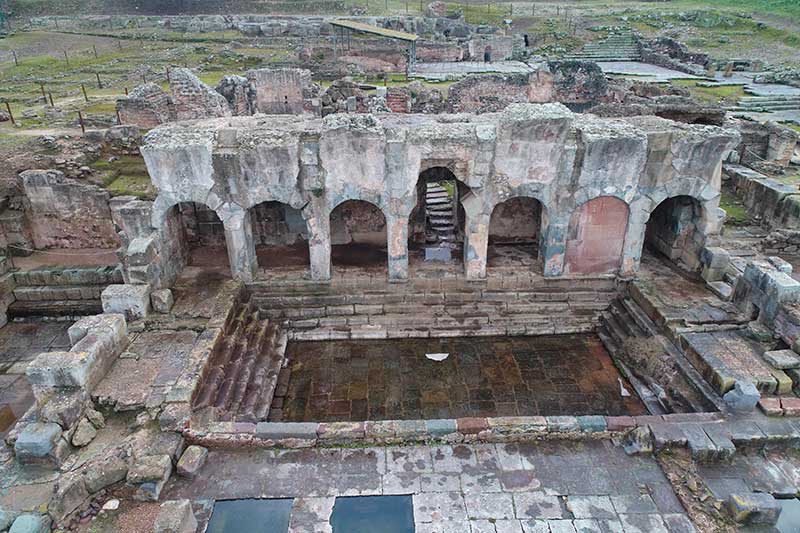 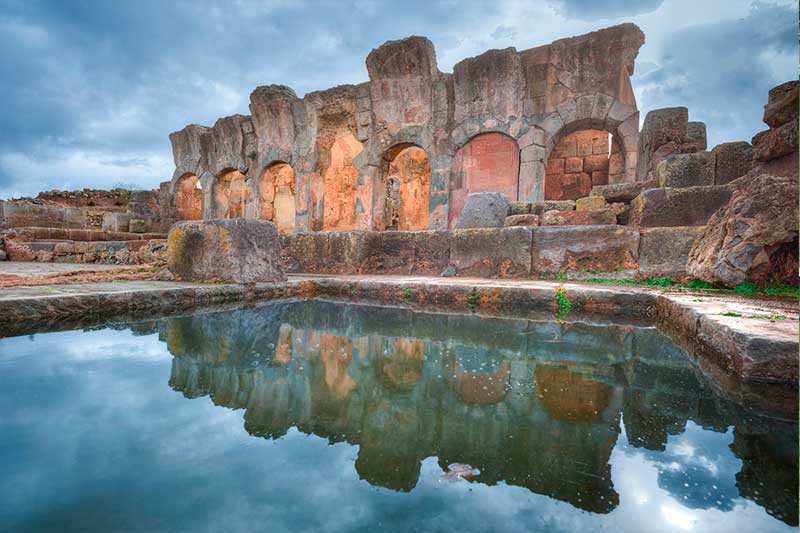 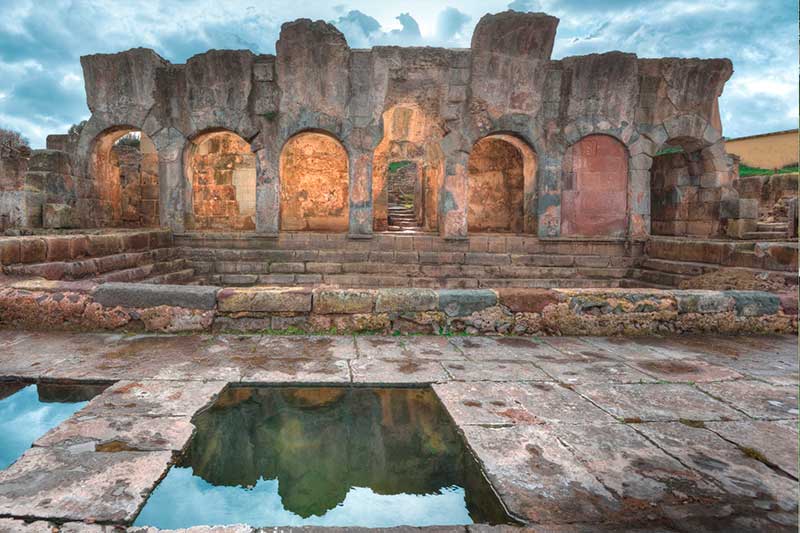 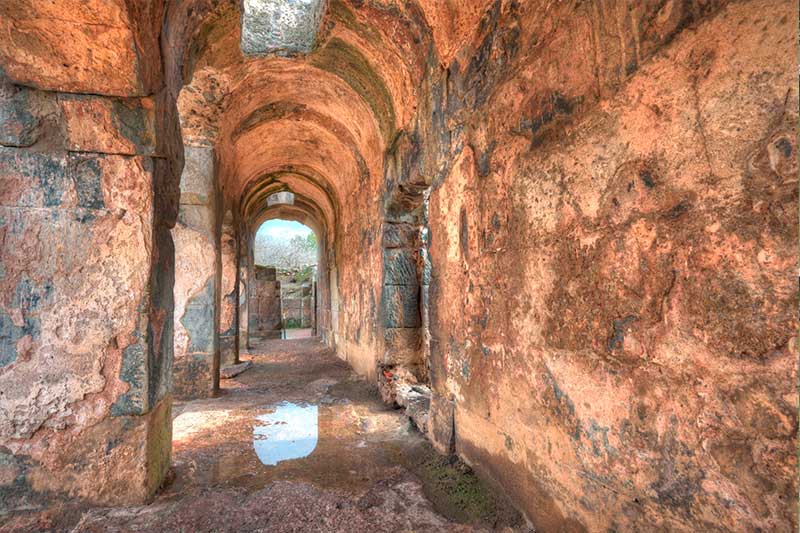 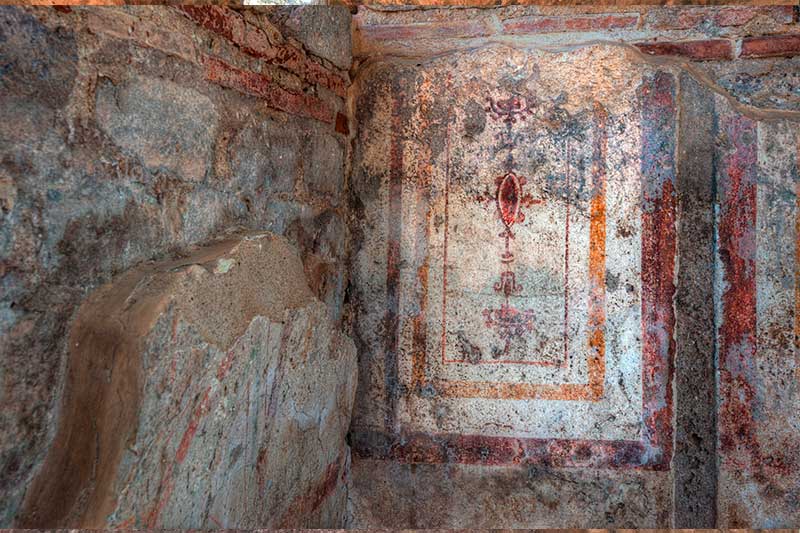 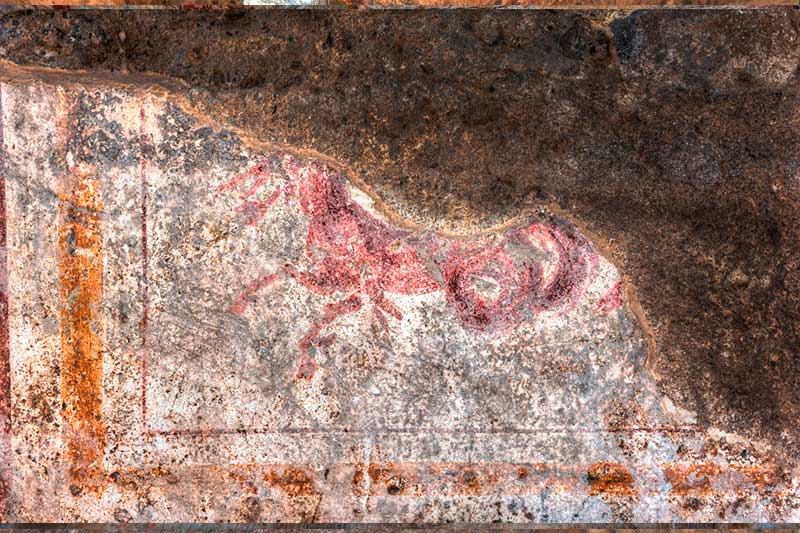